The api.video plugin for Bubble.io aims to facilitate using api.video services in your Bubble applications.

The plugin is composed of:

To benefit from all this, the first step is to install the plugin in your application.

To install the api.video plugin, when you are on the editing interface of your application, you must go to the "Plugins" tab and click on "Add plugins," as described in the following screenshot.

After that, search for the term "api.video" in the window that has just appeared. You should have only one result. Click on the "Install" button. 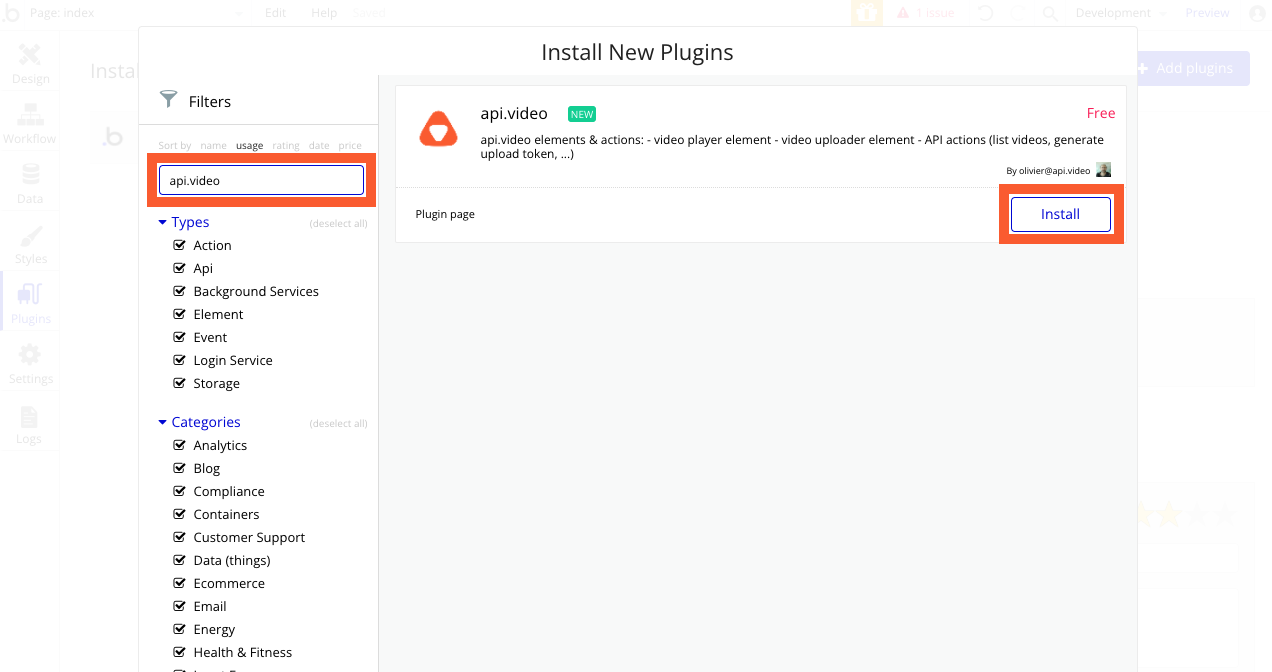 Now you are ready to use the plugin!

Now that you've installed the plugin, see how you can embed api.video video players in your application