Zapier is a no-code solution that allows fast integration with thousands of applications. Each automation created at Zapier is called a "Zap" and has a trigger (to kick off the automation) and an action (the thing that is done after the trigger).

For example, a trigger might be "When a new encoding has been created at api.video" and the action would be to "share the playback link on Twitter." So now, whenever a new encoding is created, the zap will fire and automatically tweet the link to your followers.

The api.video integration features both triggers and actions, which we will outline here:

A Zapier Trigger is an event that kicks off an automation process. There are 5 Triggers in the api.video integration: 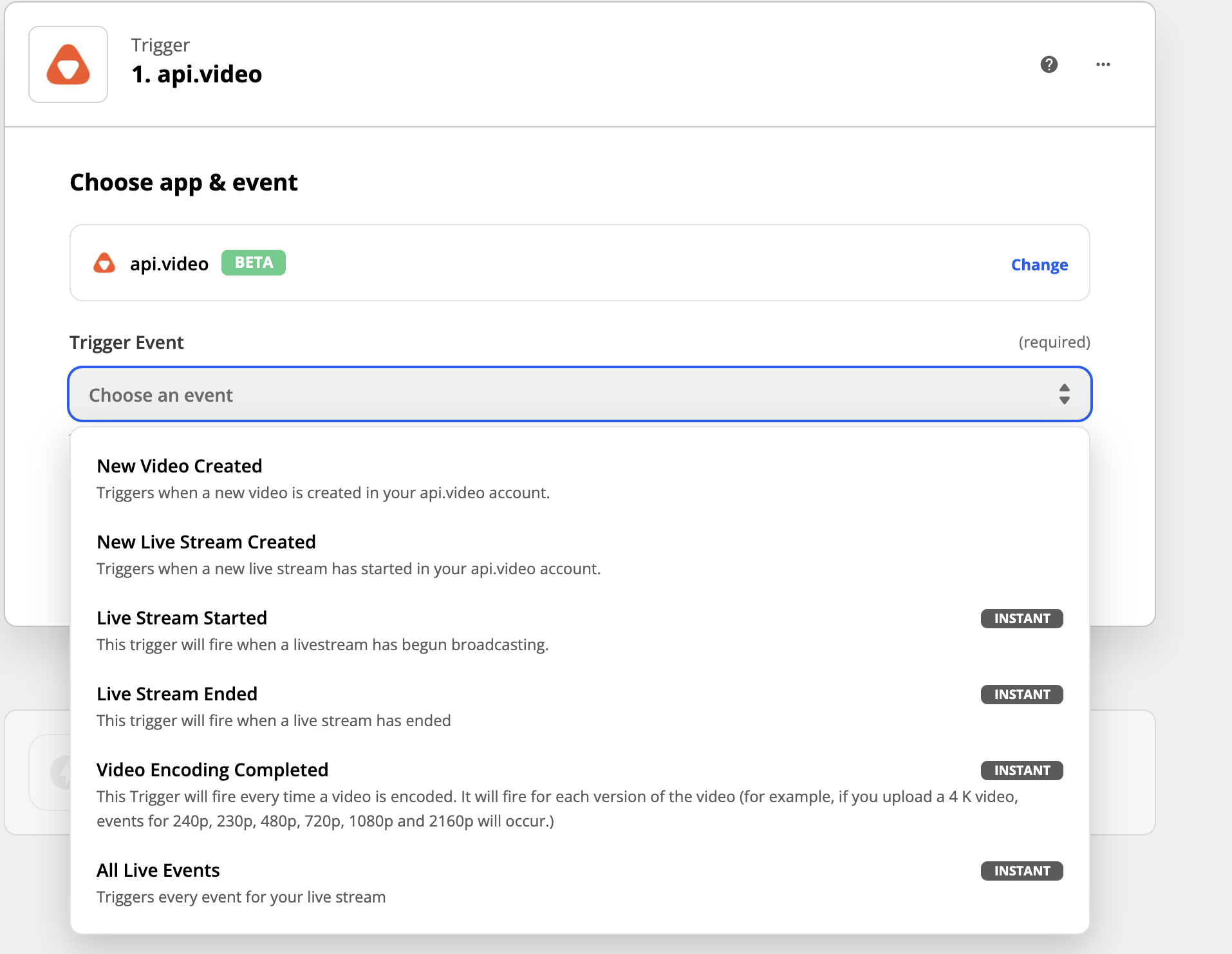 The following pages will describe each of the Zapier triggers and actions in greater detail.